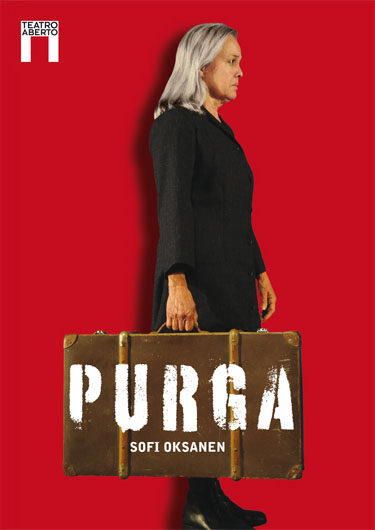 In the early 90s Aliide is an old woman living on her Estonian farm. Then the arrival of the young Russian Zara forces her to confront her past and the young Aliide of the 50s. For the sake of her sister Ingel’s husband Hans, a fighter for Estonian independence with whom she was in love, Aliide married a hated party official. Hans hid in the cellar of her house. After an interrogation, Aliide betrayed her sister, who is then deported to Siberia with her ten year-old daughter Linda. Half a century later Aliide recognizes Zara as Linda’s daughter.

Aliide is a classic anti-heroine, a woman in whose biography love and history collide in the worst ways possible. In the end she will have betrayed everything and gained nothing – except for a long overdue moment of honesty with herself.

In Aliide and Zara, Sofi Oksanen brings two generations of women together representing contrasting chapters of Estonian history but both faced with the same challenge: to gain enough space for themselves to survive within male-dominated political structures. The meeting of the two women makes clear that a country’s history does not become out-dated, it lives on inside every individual and becomes a part of their identity. The work’s penetrating realism allows it to transcend its immediate Eastern European context and become a parable which raises questions about the limits of individual behaviour and political responsibility within repressive regimes.

“The lives of three generations, a world war, the fate of a nation and two political systems overflow in a magnificent story, intricate language and details... a brave, uncompromising entity going sometimes deeper in its interpretation than the novel.”

“An intense, gripping production. An exceptional cast. A monumental performance.”

“Purge blazes like a forest fire – a supercharged, searing experience that only theatre can create... It is the kind of production that thrill the patrons of the National Theatre – deeply moving, wildly different and beautifully conceiced and performed.”

“The personal drama is given razor-sharp contours, and expands to become the drama of a people, a country, and a bloody political course of events. There are no heroes here; for me, as a person who has never found herself in the line of fire, Purge appears a model situation for occupation and impossible human choices. It is a very compelling piece.”

“Sofi Oksanen’s first play Purge, which unveils the recent history of Estonia, is the theater event of the season. Oksanen’s viewpoint is inexorable and distinct. The pulse and density of the piece is reminiscent of a thriller, and as the evening progresses, the pace of the play accelerates. \...\ The point of view shifts between the occupation of 1945 and the 1990’s, and the story is ingeniously constructed... The ending is cathartic.”

“I left the performance in a state of shock, the tension in my ribcage palpable. I am convinced that I have witnessed something groundbreaking.”