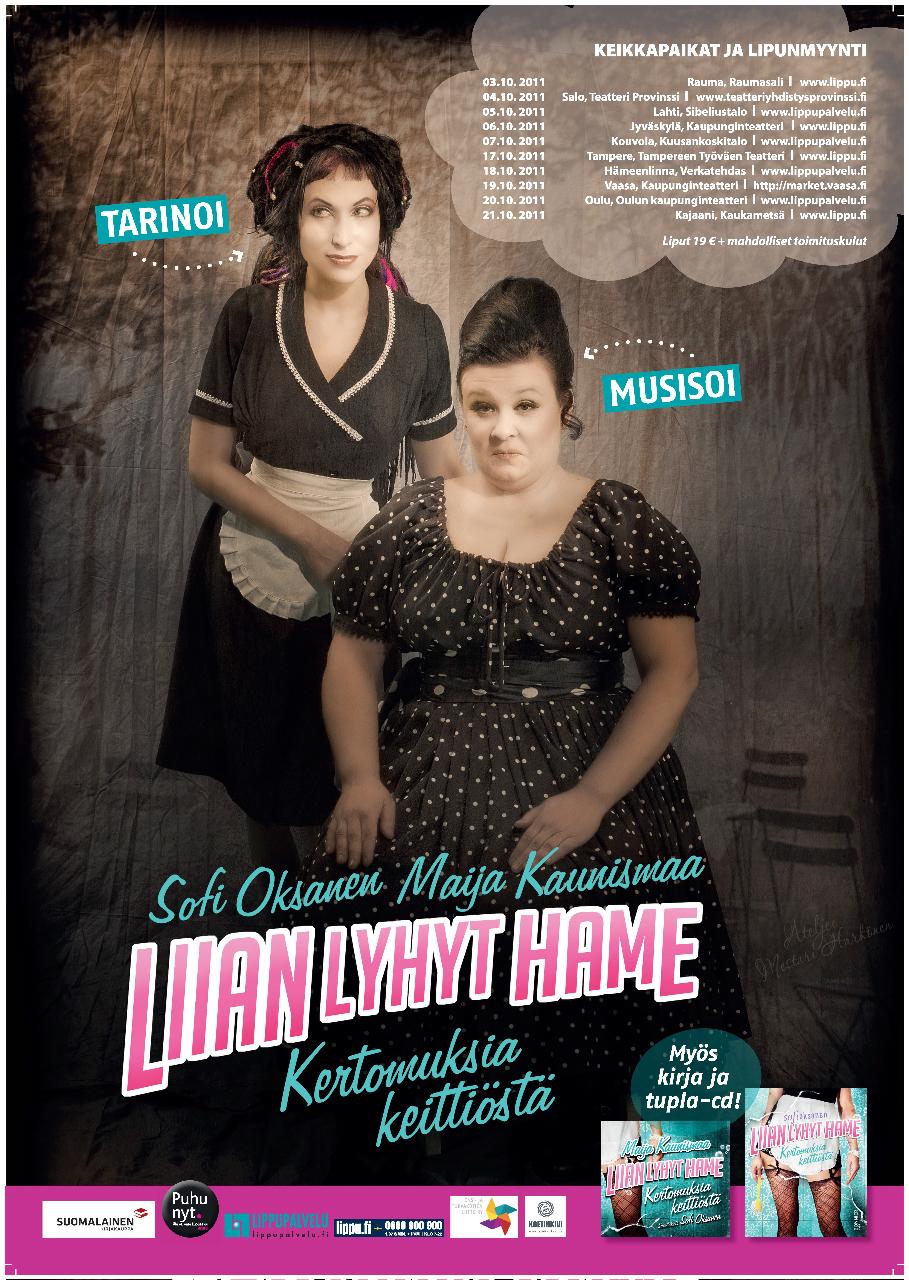 Tales From The Kitchen

Sofi Oksanen and musician Maija Kaunismaa started their collaboration in 2008 with the premiere of their song performance High Heels Society, which was presented to sold-out audiences at Helsinki-based KoKo Theater. The original feminist theater work used short, sharp strokes to paint an indelible image of contemporary demands women face every day. The overwhelming success of High Heels Society emboldened the pair for a follow-up project that took the form of a book of song lyrics and the double CD Too Short Skirt: Tales from the Kitchen. In 2011 a performance of Tales from the Kitchen also premiered at the Finnish National Theatre.

Tales from the Kitchen was adapted as a theater piece with Maija Kaunismaa performing the songs, with music by Kaunismaa and lyrics by Sofi Oksanen. “Humor seems like the only right way to deal with the songs’ sometimes very sad human fates,” Maija says. So a jilted woman’s lust for revenge is bent to a waltz beat and liposuction to a Finnish jenkka. Psychological violence takes the form of a fateful tango.

Women have always searched for council and comfort in verse singing and these words of wisdom about their everyday lives are ladled on with substance and power.

“A charming, airy and perceptive performance that completely captures the audience.”