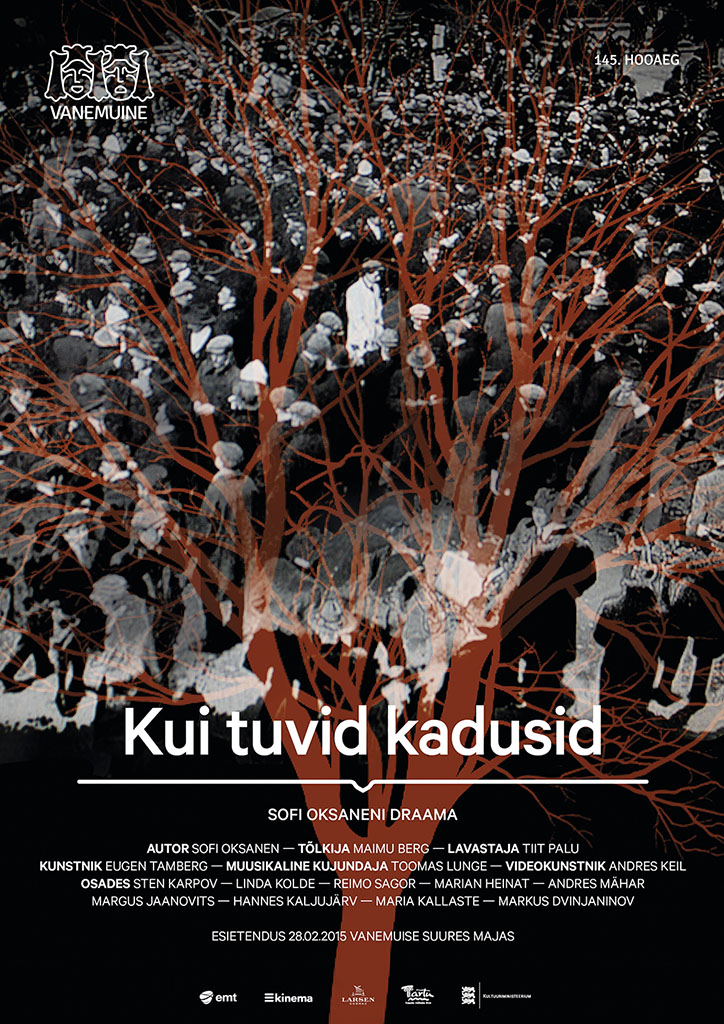 When The Doves Disappeared

In the novel the main character Edgar Parts is a writer following in his work the recommendations of the KGB. In the play he is changed into a photographer and a director working for the same security service. His skills are also used by German security organs during the German occupation of Estonia. “For a totalitarian system optics is just as important as the verbal propaganda,” Sofi Oksanen says. “We know Stalin loved movies, for a good reason, and the stage offered me a chance to explore creating the visual propaganda as well. Knowing how propaganda is created is more important than ever. Fake news is old news – methods of producing them are just the same as before and the very same tools are used today justifying the power play, occupations and hostile attacks. That’s a tool box we have to investigate to be able to recognize its dangers. “

“In 2016 The Doves has the widest possible sounding board: in this play you can hear the humming of the modern times. I’m not only talking about the tensions in the world politics. Edgar Parts is a perfect social media person. He’s a perfect narcissist, who could have a spectacular career as a politician, a journalist, and an actor. He’s a monster, and he’s a success. Edgar Parts is a person, who turns black into white.”

“Surprisingly four years after it’s publication the story is more crucial than ever. People have only few choices under the threat of war and occupation – one has to choose, whether to flee or stay, and if you stay, you are willing to do whatever it takes to survive. The Doves can be seen through the lens of the modern migration debate around refugees and the instability of the world.”

“The themes have been concentrated, clarified and in some cases even highlightened, when the story is moved to the stage. What remains central is the human desire for recognition, love and survival, whatever the cost.”